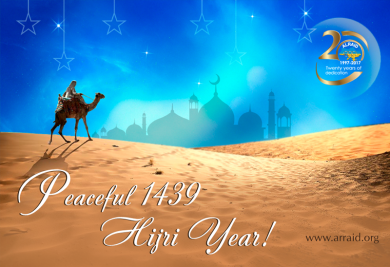 Tonight, after sunset, the hijri New Year of 1439 begins. Hijri calendar was introduced by Caliph Umar in 637 A.D

Canonically, New Year is not a Muslim religious feast, but the hijrah (resettlement of Prophet Muhammad, peace and blessings be upon him, from Mecca to Medina) was a landmark event symbolizing the dawn for Muslim civilization and establishing Islam as a world religion. This event symbolized transgression from the state of persecuted community whose members had been targeted, humiliated, harassed, tortured and even killed, to a community in the making of new, progressive society. Towards the society that had a constitutional act, freedom of religion and democratic institutions, and at the same time praised thirst for knowledge; made use of the most cutting-edge ideas, technologies and inventions of that era.